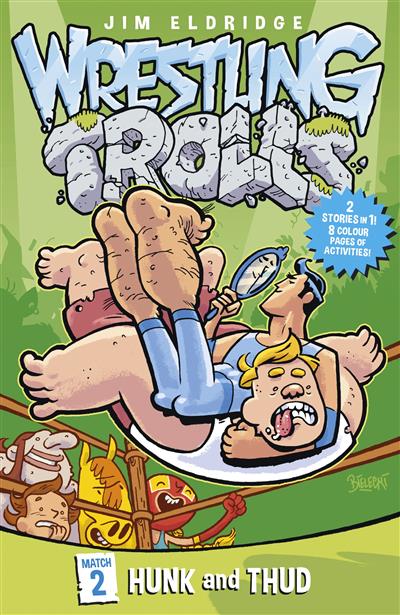 Loading...
The second slam-down book in the hilarious WRESTLING TROLLS seriesJack is doing fantastically well as the Wrestling Trolls training coach, Big Rock is winning matches, and the View more
Save for later

Jim Eldridge is an award-winning writer of 79 books which have sold over 3 million copies worldwide. He has also written over 250 TV and 250 BBC Radio 4 scripts. His television works including THE GHOST HUNTER, JULIA JEKYLL AND HARRIET HYDE and the Sci-Fi series POWERS amongst many others. Rooted in his teaching experience, Jim is particularly concerned with the rising rate of illiteracy, particularly amongst boys, and he now lives in Kent, with his wife. Follow Jim at: www.jimeldridge.comIllustrator Jan Bielecki is an illustrator living in London. He has published two graphic novels and illustrated books for UK and Swedish publishers. Drift was nominated for Best Graphic Novel by the Swedish Comics Association in 2007. He really drinks a lot of coffee.
Close