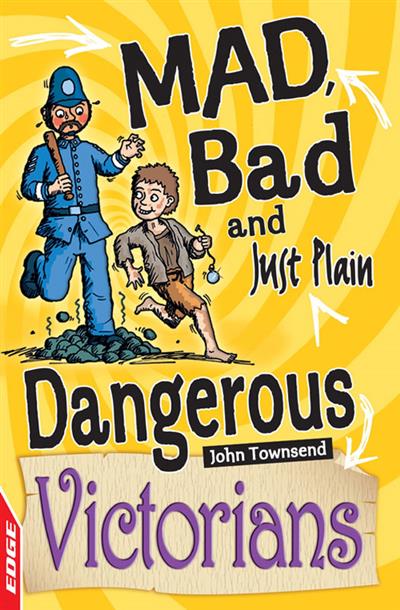 Loading...
Time to take a sideways look at the bizzare and outrageous from throughout history - and it's all TRUE! Which new material got the Victorians building mad? Who was the bad guy that View more
Save for later

Born on the stroke of midnight in a little house in the ancient Roman town of Caesaromagus (Chelmsford), John grew up with a love of stories, the power of words and the magic of plays on the stage. John trained as a secondary school teacher and was first published in 1983. Oodles of years later, he became a full-time writer. He's well known for writing to encourage readers into books and has been named a 'Reading Champion' by the National Literacy Trust. He lives in Worcestershire, England.
Close