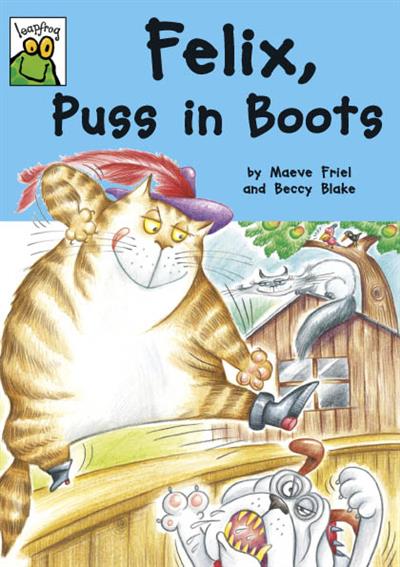 Loading...
Felix is not a happy cat. He wants to be more like the cat on the TV! But is Felix really cut out for such adventure? The Leapfrog series is perfect for children who are reading on their own, with fun stories of no more than 200 words.
Save for later

Maeve Friel is the author of Felix on the Move "Leapfrog" and Felicity Floss:Tooth Fairy "Leapfrog Rhyme Time". She has also written the popular Witch-in-Training series for Harper Collins which has so far been translated into eleven languages. Her next book "Tiger Lily - Heroine in the Making" comes out later this year. Her short stories have been widely anthologised. Maeve was born in Northern Ireland, lived in England and Italy for many years, and now divides her time between Dublin and a small Spanish village. She has two grown up children.
Close