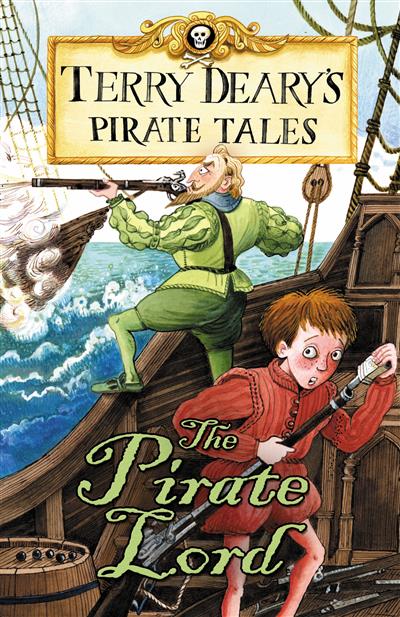 Loading...
Plymouth, 1577 Tom is a cabin boy for Captain Francis Drake, on his mission to steal South American gold from the Spanish fleet. Can Tom survive the trip round the world, through View more
Save for later

Terry Deary began his writing career with fiction for A&C Black. He is now author of over 200 fiction and non-fiction books, which have been published in 32 languages. His historical fiction for older children Tudor Terror has been praised as a marvellous blend of fact and fiction (School Librarian). His non-fiction has been consistently in the best-seller lists since 1994. His Horrible Histories celebrated their 10th anniversary in 2003, having sold 10 million copies worldwide and been adapted as television animations, theatre tours and museum exhibitions. Terry Deary was voted Outstanding children's non-fiction author of the 20th Century by Books for Keeps magazine.
Close