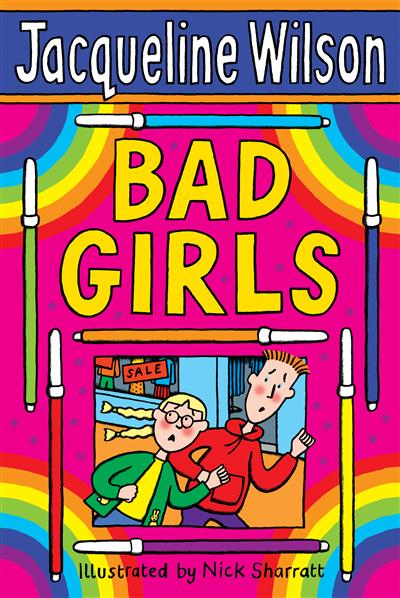 Loading...
Shy, mild Mandy has been bullied at school for as long as she can remember. That's why she is delighted when cheeky, daring, full-of-fun Tanya picks her as a friend. Mum isn't View more
Save for later

Jacqueline Wilson writes with great skill and humour about the reasons and results of bullying . . . Very readable . . .Tanya and Mandy will remain in readers' minds long after they close the book

JACQUELINE WILSON is an extremely well-known and hugely popular author who served as Children's Laureate from 2005-7. She has been awarded a number of prestigious awards, including the British Children's Book of the Year and the Guardian Children's Fiction Award (for The Illustrated Mum), the Smarties Prize and the Children's Book Award (for Double Act, for which she was also highly commended for the Carnegie Medal). In 2002 Jacqueline was given an OBE for services to literacy in schools and in 2008 she was appointed a Dame. She was the author most borrowed from British libraries in the last decade. 'A brilliant writer of wit and subtlety' THE TIMES 'She should be prescribed for all cases of reading reluctance' INDEPENDENT ON SUNDAY 'Has a rare gift for writing lightly and amusingly about emotional issues' BOOKSELLER